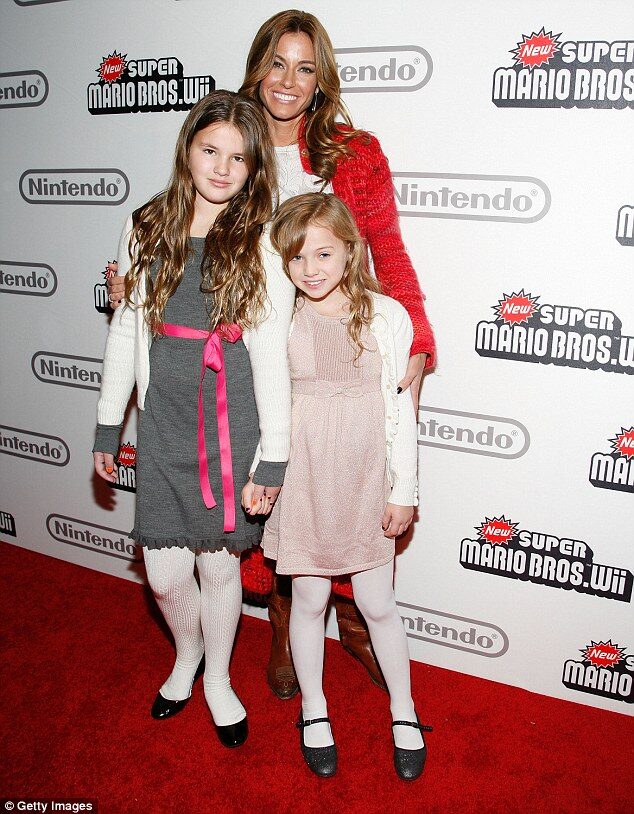 Kelly Bensimon has revealed that her two-year struggle with postpartum depression left her so anxiety-ridden that she was terrified to be left alone with her daughter.
The 48-year-old, who gave birth to her first child Sea Louise in 1998, explained in the newest installment of People Mom Talk that she struggled with postpartum depression on and off for two years until she became pregnant with her second daughter, Thaddeus Ann, who was born in 2000.
‘I had postpartum really badly — like really bad,’ she recalled. ‘I mean I couldn’t drive. I had so much anxiety. I didn’t want to be by myself.’
The former Real Housewives of New York star went on to say her struggle was exacerbated by the absence of her then-husband, renowned fashion photographer Gilles Bensimon.
Kelly was the third wife of the famous photographer, who was also the first husband of supermodel Elle Macpherson. The former couple divorced in 2007 after ten years of marriage.
‘Like I literally gave birth to a child and my ex-husband just left and went traveling and I was this child by myself,’ she said. ‘I was so young, and none of my friends had kids.
‘I was petrified. I loved her so much but I was literally petrified. I couldn’t drive. It was really, really bad.’